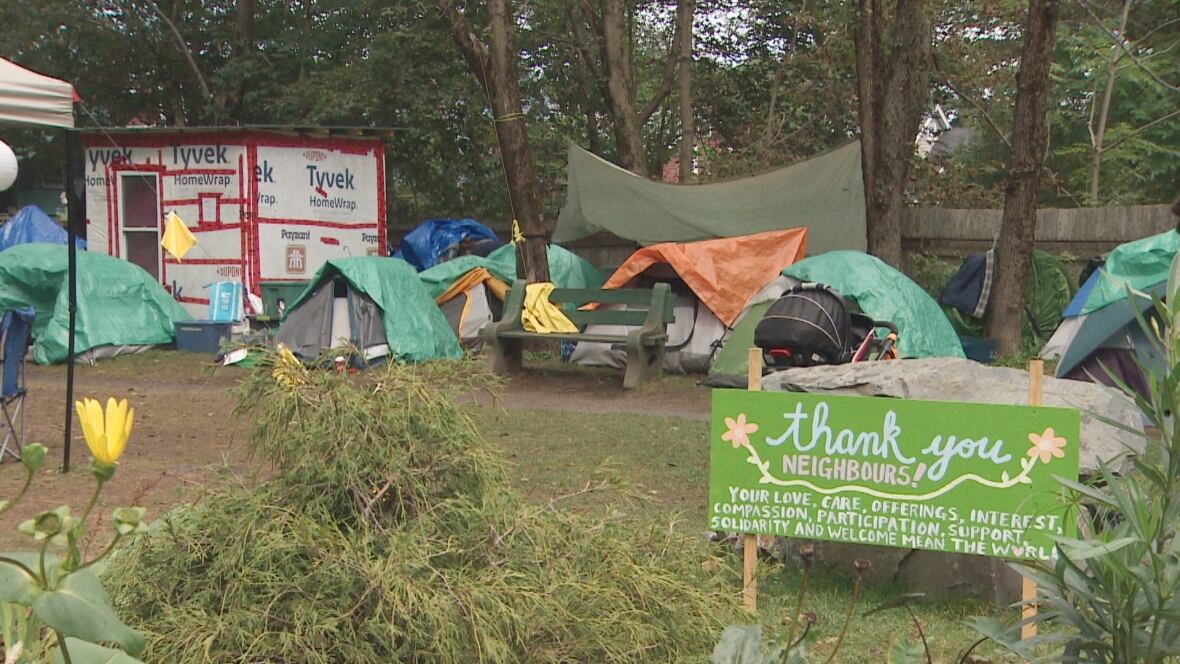 On July 5, 2022, notices were issued to the residents of the People’s Park (Meagher Park) inHalifax/Kjipuktuk, informing them that the park would be closed as of that same day and residents would have until July 17, 2022 to leave before fines will be issued. The notice also prohibits neighbours and allies from entering the park to visit or bring supplies to the park residents as of July 5. The Canadian Federation of Students-Nova Scotia opposes this cruel and inhumane treatment of our unhoused neighbours. Housing is a human right and all Nova Scotians deserve access to safe, accessible, and affordable housing. We need immediate and long-term solutions to the housing crisis, not violence and criminalization to punish those without adequate housing.

Last year on August 18th, the Halifax Regional Police evicted residents living in tents and crisis shelters around the city and peaceful protesters who gathered to stand in solidarity with shelter residents were met with an appalling use of excessive force from the police. Multiple protesters were arrested without cause and the police pepper sprayed the crowd - including spraying a 10-year-old child and other minors at close range. We call on Halifax City Councillors to take immediate action to ensure we do not see a repeat of that horrific event this year.

We, the Canadian Federation of Students-Nova Scotia, stand in solidarity with our unhoused neighbours residing at People’s Park and around the city. We demand Halifax City Council:

End the criminalization of homelessness.

Ensure permanent, accessible, dignified, and safe housing for all.

We encourage our members and the Halifax community to participate in solidarity actions, contact their City Councillors and MLAs, and donate to emergency funds. To learn more about what is needed, follow People’s Park Halifax (@peoplesparkhalifax).