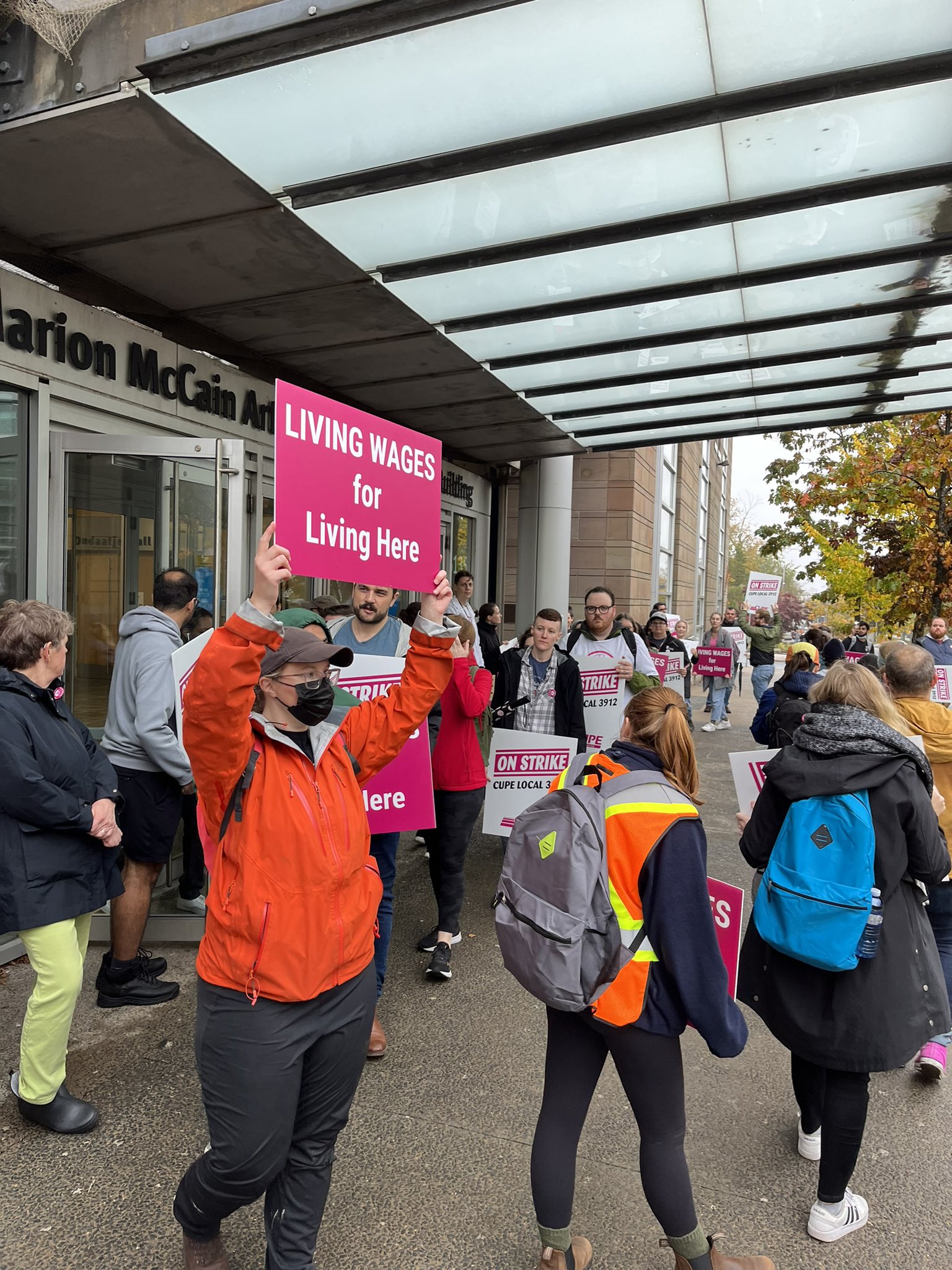 The Canadian Federation of Students-Nova Scotia (CFS-NS) stands in solidarity with CUPE 3912 member part-time academics, teaching assistants, and markers and demonstrators at Dalhousie University who began a strike on October 19, 2022, after the Dalhousie University Board of Governors failed to negotiate fairly to meet their demands for living wages and fair working conditions.

CUPE 3912 explains that “while tuition fees at Dalhousie have continued to rise, wages for precarious academics have remained stagnant and low, especially in comparison to other universities; we have some of the lowest wages in Canada.” Other issues cited include a lack of benefits and job security, that academics have not received a pay raise in 3 years, and that the proposal from the university amounts to a 10% pay cut when factoring in inflation and the skyrocketing cost of living. Student workers are struggling to afford necessities while paying among the highest tuition rates in the country; meanwhile, the Dalhousie University president received a 13% pay raise to make $558,154 in the past year.

The labour of grad student workers and all TAs and part-time academics is essential to the operation of the university. CFS-NS and students across Nova Scotia support CUPE 3912 members’ demands for fair compensation, benefits, and job security. We recognize that post-secondary education workers going on strike is disruptive for students, but we know that the solution to minimize disruption is for the employer to agree to negotiate and satisfy the workers’ demands. All students benefit from solidarity with workers – better working conditions for TAs and part-time academics mean better learning conditions for students.

We urge the Dalhousie administration and Board of Governors to negotiate a fair deal to meet CUPE 3912 members’ demands for living wages and fair working conditions.